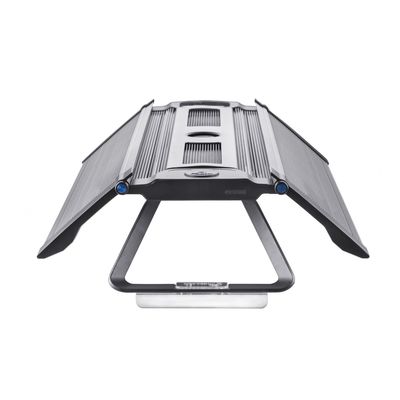 The Maxspect Recurve LED is a very exciting new light with some outstanding new features. The Recurve introduces some novel new lighting features for a reef aquarium light, not the least of which is a pair of side-mounted LED ‘wings’ which can angle inwards to adjust both intensity and spread. Two side-mounted LED strips have four channels of LED color control, with individual adjustment possible for a blue, deep blue, red and UV color channels. The real hat-trick is the Recurve’s ability to angle these LED wings inwards to concentrate the light on your reef animals, to get it off the glass, or just to light up your corals from a more front-facing light source. The Recurve has a built in edeg-mounted controller, just like the Razor, but it’s been upgraded to fully wireless version which is compatible with the Maxspect ICv6 hub.

Share your thoughts and reviews here. And if you have any queries regarding this product start a DISCUSSION below. Our team or customers who have used this product will help you soon

Be the first to start a discussion Start a new discussion

Browse all Discussions on LIGHTS s
Powered by infibeam